The first PARA meeting of 2016 was held Monday, January 11 at Paducah’S WKCTC Emerging Technology Center.  Despite the icy cold evening there were about 15 brave souls in attendance including two new prospective amateurs.  See names and pictures below.

The meeting was opened by President Ken Wontor (KW4DI) followed by the treasurer’s report given by Paul Smith (ND4X) and subsequently approved and accepted by members.
The primary item of business, election of officers for the new year, was conducted  with the following results:  pictured L to R. 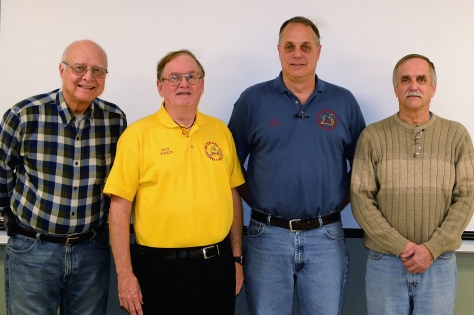 Old/New Business.  Ken Wontor showed the new W4NJA QSL design proposed by Paul Smith followed by discussion and a vote of approval by the club.  The front of the card depicts a montage of attractive images that we have come to accept as icons of our community including a picture of the Atomic Energy Plant, Quilt Museum, Railroad engine, River Front and White Haven.  Incoming President Jeff Wielgos will order 500 cars @ $100, money allocated in a previous meeting.

Ron (K4GYD) gave information about the ARRL National Parks On The Air (NPOTA), a year long event somewhat akin to the very popular 2014 event celebrating the ARRL Centennial.  The event is set up so that amateurs may participate, by individual or group operating as Activators or Chasers, earning credit for each contact made.  There is a leader board to show the progress of Activators and Chasers with certificates available to those who have excelled in their number of contacts during the year.  After only two weeks, 27 KY scores have been posted.  Of the 27 postings, five local hams have already made their presence known:  Ron Cowherd (K4GYD), Bruce Huyck (KS4V), John Hudson (KO4XJ, Forest Summers (N4FZ) and Bill Osborne (K5ZQ).  Not only will this event celebrate the National Park Centennial but very positive PR will be generated for amateur radio.

We are happy to report that Jim Skiles (left) and Clint Houser (right) passed their FCC exams and are now new Technicians.  Congratulations to Jim and Clint. 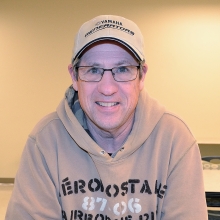 A Few Words From the Web Master

I will be pleased to post any successes that you have earned, contest results, DX worked, awards, etc.  Also, I am trying to add as many pictures of your antenna systems, shacks, pictures, contest log summaries or projects in which you are involved.  I like to think of this web-site as a running historical record of PARA’s life.  You members are the life-blood, so send those news items and pictures to the email address below.  I will add your submissions as quickly as possible.